The Office on Aging and its partners are dedicated to bringing reputable and effective health promotion programs to Orange County older adults and caregivers.

Over the past decade, the federal government, in partnership with health providers and university researchers, has invested in what has come to be called “evidence-based” health promotion programs. This process often begins with research in a health or academic clinical setting and has lead to several programs being offered by community organizations.

Evidence-based programs have been developed using scientific research to develop and test the intervention and then document that the program achieves what it claimed for the majority of participants. Evidence based programs used a tested curriculum so every participant gets the same information and the programs are led by individuals trained and certified to lead this specific workshop. 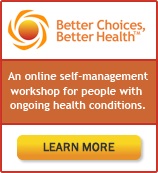